Hidden Side Wiki
Register
Don't have an account?
Sign In
Advertisement
in: Ghosts, Boss Ghosts, Sad Ghosts,
and 11 more

Night of the Harbinger (only appearance)
Bart Chaney is a Boss Ghost and a prisoner in Newbury Penitentiary.

You will want to keep this prison ghost nicely wrapped up in a straitjacket in solitary confinement at all times. It shouldn’t be all that difficult, as he has never managed to escape from the now derelict Newbury Penitentiary, even as a ghost. Or has he? Anyway, after spending decades alone, peaking through tiny porthole windows, our failed escape artist here is longing for some company. And he’ll do whatever it takes to keep visitors locked inside with him. Forever…

Well, after spending decades alone, peaking through tiny porthole windows of his solitary confinement cell at Newbury Penitentiary, our failed escape artist here is longing for some company. And he’ll do whatever it takes to keep visitors locked inside with him. Forever…

Escaped prison and the Hidden Side. Now he haunts his favorite cell, still rattling the chains.

Bart Chaney was a Boss Ghost in the Newbury Penitentiary. When the Ghost Hunters came to the Penitentiary to look for Nehmaar Reem, Chaney and Nehmaar Reem (though the former was unaware of the latter's presence) awaited them. Jack Davids, along with Rami and his entourage moved through the prison, with Rami jokingly banging on the prison cell doors with a stick. Bart Chaney soon emerged, thoroughly terrifying Rami, and forcing Jack to run away, eventually causing Chaney to stumble and be dragged around the Penitentiary by his ball. With the extra time, Jack rescued Parker L. Jackson from a cell which Nehmaar Reem had trapped her in for interfering. Finally, Chaney caught up with Jack, but the two of them were able to catch the Boss Ghost.

He has 6 locks wrapped around his prison uniform with the number 1805. The locks are attached to a chain, the end of which has a heavy ball.

Bart Chaney can summon a decoy and send it running straight forward.

Bart Chaney, like all Ghosts, can throw balls of Gloom on his enemies to harm them or to haunt buildings or objects.

Bart Chaney, like all Ghosts, can possess humans and turn them into Gloombies. 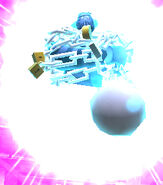 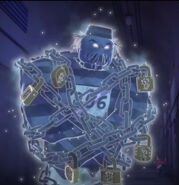 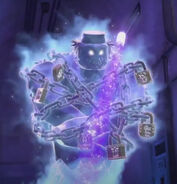 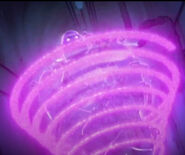