Hidden Side Wiki
Register
Don't have an account?
Sign In
Advertisement
in: Ghosts, Characters, Hidden Side App,
and 6 more

Killed by the King

Chester the Jester is one of the many Ghosts that haunt Newbury.[1]

Chester is wearing a ripped teal and red shirt in a checkerboard pattern, with a matching hat. He is holding a stick with a miniature Chester.

"Chester was the best jester in the land. He made one too many jokes at the King's expense."

Chester can heal himself and ghosts around him.

Chester, like all Ghosts, can throw balls of Gloom on his enemies to harm them or to haunt buildings or objects.

Chester, like all Ghosts, can possess Humans and turn them into Gloombies. 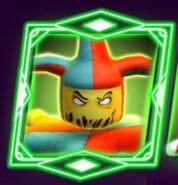 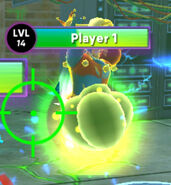