Jack Davids is a high school student from Boston who works with the Ghost Hunters and is one of the main characters of the app. He has a pet ghost dog, named Spencer, who had originally died in a traffic accident before Jack moved to Newbury.

It’s not easy being the new kid in town – AND the school headmaster’s son. But after Jack joins Parker and scientist J.B. in their local ghost hunter/paranormal investigator operation, the town of Newbury becomes a lot more exciting – and scary. Apart from his ghost dog Spencer, Jack’s biggest passion is his online video channel (BOO-Tube, anyone?) His live-streaming and excited commentary often distracts him from focusing on the job at hand. But when it counts, he’s brave and resourceful.

No longer the new kid in town, Jack’s vlog is really starting to take off. He’s actually pretty obsessed with subscribers, likes, comments and view counts. But until his passion for videos starts to interfere with ghost hunting, it’s no big deal, right? …Right?

Jack wears a red-letter jacket as well as a white hooded sweatshirt and black pants with a brown belt that seems to have a brown wallet chain with a bone shaped keyring hooked on it. His hat is red and black with three red diagonal lines on it. He has brown hair although the hat as well as the hood of his sweatshirt covers his hair. He also has a '+' shaped scar on his right cheek.

Jack can get distracted very easily and is somewhat of a glory hogger as he often posts videos on BOO-Tube, and believes he is a better Ghost Hunter than his friends. He mostly doesn't take ghost hunting seriously, but understands it's meaning. He also has a caring side as he cares for his dog, Spencer, and the safety of the Ghost Hunters, such as saving Parker from drowning and objects Douglas' reckless actions.

Jack possessed by a Bawa like ghost in "Face Your Fears" 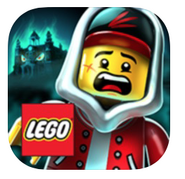 Add a photo to this gallery
Retrieved from "https://hiddenside.fandom.com/wiki/Jack_Davids?oldid=8879"
Community content is available under CC-BY-SA unless otherwise noted.