Hidden Side Wiki
Register
Don't have an account?
Sign In
Advertisement
in: Characters, Article stubs, Wave 3,
and 9 more

Night of the Harbinger (only appearance)

Nehmaar Reem is a king that's from a dimension beyond the Hidden Side and a former harbinger.

When our heroes discover traces of an unknown silver-colored ooze, J.B. Watt tries to trace its origins in her lab. Evidence suggests it’s not from our world, and it doesn’t have the same energy signature as anything they’ve seen from the Hidden Side before… A mysterious harbinger from a dimension beyond the Hidden Side may hold the answers… Stay tuned…

Our heroes discover traces of a strange silver-colored ooze that’s neither from our world, nor the Hidden Side. It turns out to be from a mysterious Harbinger with a message from a dimension beyond the Hidden Side: “Sorry, guys, the end of the world is near.” Yeah. It’s not the best of news.

Nehmaar Reem was king in his world. His species was very prosperous due to his ability to open portals to other dimensions so that his people could have more resources. Once, however, the Maw followed Reem and attempted to eat his dimension. Reem teleported his castle to another dimension, using it as bait and causing the Maw to consume that dimension instead of his own. To prevent the Maw from returning to eat his people, Reem was forced always to find food for the Maw.

Nehmaar eventually came upon Newbury in the Living Side, and placed the first of his three Maw Summoning Gems on the outskirts of Newbury. Then, after the Ghost Hunters fought with Kreatoru, he placed the second in Newbury Shallow Bay. After that, Reem sensed that Parker had removed the first crystal from the ground, so he followed and attacked her, but when she attempted to shoot him with orbs, he was unaffected, so Parker tried to hide. Reem found her and warned her not to undo his work, and that her world was doomed, so she shouldn't try to stop its demise. He took back the crystal and teleported away.

Later, at the Newbury Penitentiary, when the Ghost Hunters attempted to after Nehmaar Reem, the aforementioned person arrived and reminded Parker not to try to stop him. He then locked her in one of the cells, until Jack later freed her. Soon after, as Reem attempted to put down the third crystal, Vaughn confronted him, but Reem used his telekinesis to hold him up and throw him against the wall, just as the rest of the Hunters arrived. Jack and Parker rushed to stop Reem, but he inserted the third crystal into the ground. His castle grew from the Newbury Observatory and he informed them that the Maw was a creature that could eat entire dimensions, and that it was coming. Unfortunately for Reem, the Ghost Hunters used Vaughn's car to fly to the castle and into a room full of moving staircases that defied gravity, though not before the ghosts of their group were trapped in a gloom shield. Reem escaped to the peak next to the observatory, but Jack and Parker were close behind. Reem pulled a lever, which summoned the Maw, but before he could escape, he was caught by Jack and Parker. He then explained how he was king in his world, but that the Maw had come, so in order to stop the Maw from devouring his family and people, he had no choice but to find meals for the Maw, which came in the form of entire dimensions, causing Parker to realize that Reem was not the Maw's master, but its servant.

The Maw then unleashed the Old Souls, which were ghosts eaten by the Maw before Nehmaar brought the Maw to only worlds without people. J.B. instructed them to use the telescope in the observatory to amplify the blasts from their phones, but the Maw sucked up that, too. With no way to defeat the Maw, Nehmaar claimed that this fate was fitting for him, and that he only wished he could see his family one more time. Spencer then arrived and attempted to eat his own tail. Nehmaar inquired as to what the "creature" was doing, so Jack replied that Spencer chased his own tail when he was hungry. Puzzled, Reem clarified that "it" wanted to eat itself. Parker realized that they could defeat the Maw by getting it to eat itself. Nehmaar asked how they might go about doing that, so Jack explained that if they open a gateway inside the Maw, it would itself. Nehmaar agreed and teleported the three of them inside the Maw.

Once inside, he handed each of them a crystal, then he himself flew the last one to the top of the Maw's mouth and planted it there. Jack and Parker then both place their own crystals inside the mouth. They begin to form the gateway, but Jack's crystal comes loose and falls into the Maw's mouth. Fortunately, Parker caught it by shooting the rope meant for holding Reem, and swung it back to him. Both Jack and Parker planted the crystal into the mouth and the gateway formed. The Maw on the other side of the portal pulled Jack in, but Parker caught him. Still videoing, Jack thanked Parker, and she told him to get off his phone. Jack, Parker, and Nehmaar were suddenly pulled in, but Reem managed to teleport them back to the castle. With the Maw gone, the Old Souls disappear and Newbury is safe. Reem thanked the Ghost Hunters for saving his world, and teleported away, along with his castle.

Nehmaar lacks hair and wears a peculiar-looking armor with bat wing-like pauldrons. He has many wrinkles on his facial area. His limbs are extremely long and thin, giving him a great deal of mobility, but he is also capable of levitation and teleportation for long distance travels. When he talks, his mouth doesn't move, though his expression can change, as seen when he smiles at the end of "Night of the Harbinger". 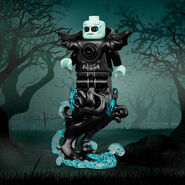 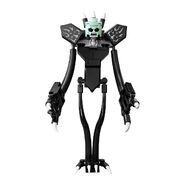 The step states that you need 2 of his headpieces, when in reality, you only need one. 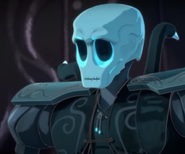 Nehmaar Reem in Night of the Harbinger 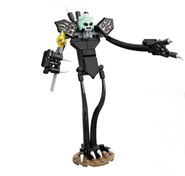 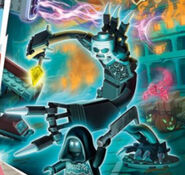 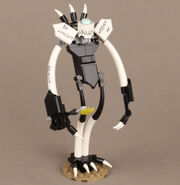 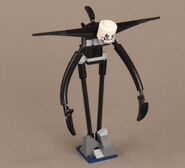 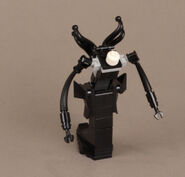 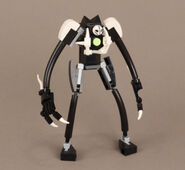