Hidden Side Wiki
Register
Don't have an account?
Sign In
Advertisement
in: Article stubs, Characters, 2020,
and 8 more

Rami is a student at Newbury High School and a vlogger who wanted to make a collab with Jack Davids. [1]

Oh my gosh, it’s THE Rami, vlogging sensation extraordinaire! With tons of subscribers and a treasured Sapphire Play Button, Rami’s, like, the hottest in sports-themed trick shot videos right now. And Jack’s biggest hero. You know what they say – never meet your heroes. But Rami wants to do a collab with Jack! So, of course, Jack’s all like, “YES-PLEASE-THAT-WOULD-BE-AMAZING!” Or, you know, yeah, sure, whatever. Ghost hunting with a star like Rami and his entourage could get interesting.

Rami’s, like, the hottest in sports-themed trick shot videos right now. And Jack’s biggest hero. And he wants to do a collab with Jack! So, of course, Jack’s all like, “YES-PLEASE-THAT-WOULD-BE-AMAZING!” Or, you know, yeah, sure, whatever. This could get interesting…

Rami is the vlogging superstar of Trick Shot Ultimate and very popular. When Jack Davids posted a video of himself and Parker fighting Blaze M. Barr, Rami shared the video and within a day Jack had gotten 10,000 views. At Newbury High School, Rami told Jack this and then invited him to collaborate on a video. Parker informed Jack that they were needed to hunt a ghost in the bay, so Jack told him that he can do it tomorrow. Before they played a game of basketball, Jack and Rami drank Lime Slushy, then recorded a video.

When the Ghost Hunters went to the Newbury Penitentiary, he, along with his entourage, scared Jack and Parker then went with Jack for Part 2 of their collaboration. He didn't believe that the ghosts in Jack's videos were real, and even admitted that some of the trick shots in his videos were CGI. Bart Chaney then attacked them, causing Rami and his friends to run to the exit, screaming for help, but the door was locked. J.B. and Douglas attempted to break open the doors, though without success. In the meantime, J.B. sent Spencer to comfort Rami and his friends, but that only scared them further. Finally, J.B. managed to get the door to open and Douglas asked them where Jack and Parker were, but Douglas' unsettling appearance as a skeleton only terrified them further and they ran away in fear. The day after the Maw had been defeated, Jack greeted Rami and his entourage at school, but they ran away in fear.

He has very light brown hair and high cheekbones, which make him look older than he actually is. He wears a purple shirt with a picture of the Trick Shot Ultimate symbol, which is a red triangle surrounded by a white line and a teal coat over it, a black belt with white spikes and grey jeans.

Rami doesn't seem to care very much about anything except using his phone, his channel and it getting a lot of views to the point where he uses CGI tricks for his videos to archieve that, and doesn't even look up from his phone to talk to people when he talks to them. However, in his videos, he assumes a much cheerier personality. 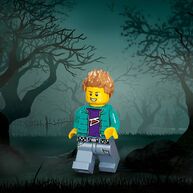 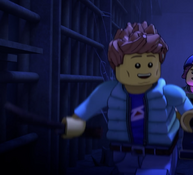 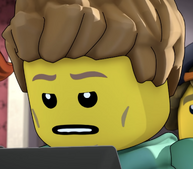 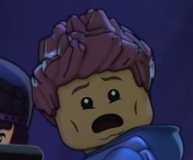 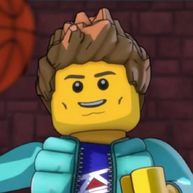 Rami talking to Jack while using his iPhone.