Scott Francis is a citizen who lives in Newbury. When Jack and Parker were testing the Doom Buggy, a gloomed Scott Francis attacks the Hunters but was quickly defeated and was freed from Trucker Dale's possession.

While Parker and Jack are test driving the Doom Buggy, they spot Scott Francis walking across the street very slowly. Jack asks him if he is okay, but he reveals himself to be a Gloombie, and try to attack the Hunters. After Parker and Jack begin shooting at him, Trucker Dale appears out of him while Scott Francis lies on the ground. 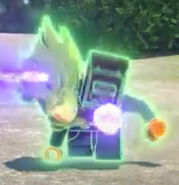 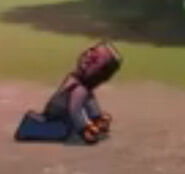 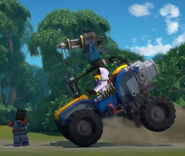 Add a photo to this gallery
Retrieved from "https://hiddenside.fandom.com/wiki/Scott_Francis?oldid=22567"
Community content is available under CC-BY-SA unless otherwise noted.