Hi there! Below you will find the following:

Hello! I am StudMaster06, and I am a big fan of the Hidden Side theme. To be honest, I never really got into this theme until I received 70419 Wrecked Shrimp Boat, 70420 Graveyard Mystery, and 70427 Welcome to the Hidden Side for my birthday. I enjoyed the concept of faces popping out of seemingly nowhere in these sets, and just played with them like all the other sets I had received over the years. That is, until I dowloaded the app. I was able to experience my sets in a way I had never before. That and my large obsession with everything paranormal is why I enjoy this theme. Over time I grew my Hidden Side collection with 70430 Newbury Subway, 70422 Shrimp Shack Attack, 70425 Newbury Haunted High School, 70428 El Fuego's Stunt Plane, 70428 Jack's Beach Buggy, 70423 Paranormal Intercept Bus 3000, 70418 J.B.'s Ghost Lab, 70436 Phantom Fire Truck 3000, and plan to grow it more. I know a lot about the series thanks to this wiki and joined it to expand the information. It's great!

StudMaster06's southern slang translator ('cause I live there)

Recently, I have been using a digital brick-building system called Stud.io. I have focused on building Hidden Side Boss Ghosts and seeing how they turn out. So far, I have built 2. Here they are. My next build? Probably an Anger Boss Ghost. 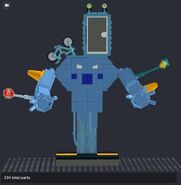 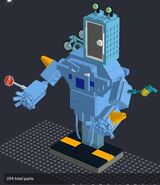 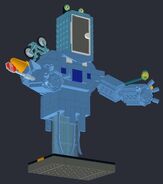 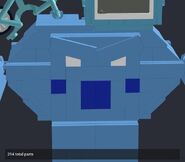 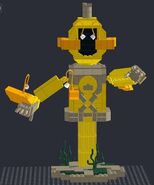 I was too lazy to build the harpoon gun :P 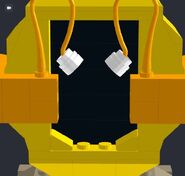 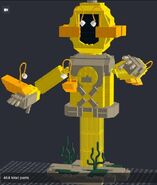 A Timeline of this wiki (based on my research)

Alright, so this is a put-together history of this wiki based on many resources. Despite me running out of good information, I will continue adding to this while I can. Below you will find many things, so be warned before you continue.

So, prepare yourself to find out what happened in the past of this wiki (for those who just really want to know). Trust me, it's faster than looking through the message walls of all the original founders and others. Reference list is located at the bottom.

If you have some new information that you do not find in this timeline that you think is IMPORTANT, please leave a comment on my message wall.

Community content is available under CC-BY-SA unless otherwise noted.

Ranked #6
on this wiki